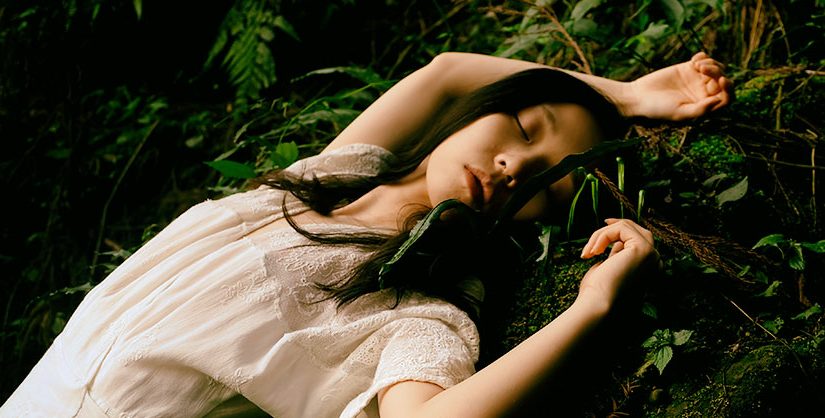 Sometimes an archetype can have progressive connotations, whilst others can be outdated and contribute to stereotypes. But, often they can provide a platform for challenging these ideas. What is the damsel archetype, how does it play out in fiction, and what can we learn from it?

What does the saying damsel in distress mean?

The word ‘damsel’ is an archaic term for a young unmarried woman who is in need of rescuing. She serves as an archetype.

The word isn’t the only thing that’s ancient - the concept itself has been used for centuries, dating back to Greek mythology.

After the Classical period, the damsel can be found again in the form of fairytales in which a courteous prince comes to save the day.

The archetype saw the peak of its usage in the 17th and 18th century. There was a big revival of medievalism during this time, and storytellers projected their contemporary societal norms onto these romanticized ancient settings.

The figure of the damsel is typically virtuous - relative to patriarchal definitions of virtue - and completely hopeless at taking care of herself.

Dangers she faces include dragons, disguised wolves, and imprisonment. In her defense, not at all easy situations to deal with.

The archetype is still prevalent in the fiction of today, but in many areas, this has changed and continues to change.

What characters fit the damsel mold?

Aurora of Sleeping Beauty certainly has many of the typical traits of a damsel. The gifts she is given by the fairies in the story range from a sweet temper to her unmatched beauty and lovely singing voice.

All of these are qualities which would probably not help her fight off a dragon but do help her catch the attention of a valorous prince.

Sleeping for one hundred years is perhaps the ultimate damsel’s predicament, and she can only be saved with love’s first kiss.

Bella Swan from the Twilight series is always in need of rescuing - not just from villains of the Volturi, but from dangers as mundane as her own clumsiness.

The archetypal portrayal of Bella has a regressive quality and echoes the plight of heroines from centuries before, in Gothic melodramas.

A contentious issue within feminism and a troubling one for parents of teenage girls, Bella’s character gets very little development and in the end, the only thing that pulls her out of her damsel-in-distress role is not being a human girl any longer.

What characters rebel against the archetype?

Dolores Abernathy, the android damsel of Westworld, is a deliberate commentary on the damsel archetype in fiction.

It’s well-known amongst the staff responsible for creating the theme park that the character scriptwriter is lazy. So, most of his stock characters fit pretty snugly into archetypal traits in Westerns. The bandit, the madam, the courtesan, the hero… the damsel.

Dolores’ character exists to assist her father and wait patiently for her hero. Her existence is somewhat of a metafiction because just as many damsels are trapped in some way and need to be rescued, Dolores is trapped in her own characterization.

Along with her peers, as her consciousness increases, her awareness of choice over her role helps her break these bonds.

After showing unexpected finesse in gunfighting in a transformative moment in the series, when questioned how she accomplished it she even states, “I imagined a story where I didn't have to be the damsel.”

Elizabeth Swann in Pirates of the Caribbean at first seems a classic damsel in distress when captured but turns this on its head by taking care of herself.

Firstly, she does this by invoking “parlay” from the pirate code to secure a meeting with Captain Barbossa.

This sets the tone for the rest of the franchise as she continues to get herself out of stressful situations and contributes to the team, rather than always being a prop for the male characters’ competing heroism.

Is there a middle ground for damsels?

You’d be forgiven for reading the above examples and thinking a female character has to either play into the damsel archetype or be a total badass.

But, combining some classic traits with a little rebellion can create interesting and well-rounded characters.

Buffy Summers of the Buffy the Vampire Slayer series is a great example of a character who is a strong woman but who is still allowed to have romantic traits and emotionality.

Whedon wanted to represent Buffy externally as the typical victim in the horror genre but create a character who defied convention. Instead of the hunted, she is the hunter.

On the other hand, Buffy is strong in a complex way and isn’t a cardboard cutout heroine. Whilst she is the Slayer, a Chosen One archetype, she’s not perfect — she has her faults that make her so human.

She’s no damsel, but she longs to have the life of a normal teenage girl and she often sees her supergirl status as a curse or a burden.

What can we learn from this?

We need to create well-rounded and believable female characters. If you want your characters to truly jump out of the page, don’t make them two-dimensional.

Remember to describe your character as an individual before you even consider their gender, as otherwise you can fall prone to gender stereotyping.

And for goodness’ sake, if you really want to take inspiration from existing female characters when writing your novel, consider writing a Buffy over a Bella.