In the middle of your NaNoWriMo project? Here’s how to keep going 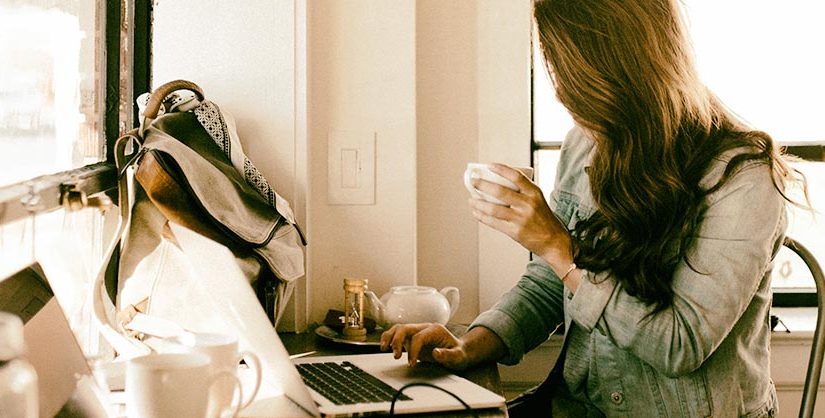 You’ve made it this far - you’ve begun to execute your novel idea and chances are you’re writing over a thousand words per day to reach your goal. Here’s how to race to the end and overcome the challenges the middle of your novel brings.

Why is writing the middle of a story so hard?

Some call it ‘sagging middle syndrome’, which sounds more like a body hangup than a literary one, but one which resonates with many writers - especially during NaNoWriMo when the timing is essential.

Sometimes, the middle of a novel might prove to be difficult if you identify as a ‘pantser’ and you haven’t planned your novel. Being a pantser is all well and good, but for something as disciplined and time-sensitive as NaNoWriMo, it helps to prepare a little beforehand.

If you know what has to occur in the middle to hold your reader’s attention, the plot won’t sag.

Other reasons why writing the middle of a story proves difficult may simply be a case of motivation. It’s running over the steepest part of the hill before racing to the end — it can be a gruelling task and may be the breaking point for some writers.

But you’ve got this. Don’t forget that the whole point of this challenge is to force you to not self-edit too much in the process, and just write. If you end up with a great novel at the end, fantastic. If not, you still did a million times better than the people (me guiltily included, this year) who didn’t take part.

How do you write the middle of a novel?

What should occur in the middle of a great book? Well, of course, it depends on your genre and style. In general, though, for popular appeal, this should be where most of the action is.

The middle of a novel is just as important for the reader as it is for the writer. I love getting stuck into a novel and my experience is that if the middle of the plot keeps me keen, I’m more than likely to see the book to the end.

Whereas the beginning of your novel is about your protagonist leaving a world that’s familiar and starting their journey, in the middle, you should introduce some dilemmas that get in their way.

What are your favourite books and what’s so good about their middle sections?

If you’re really stuck, don’t be afraid to take a day to read for inspiration. Reading is underrated in the creative writing community and is actually one of the most important steps of the writing process.

What’s the point of writing and writing if the middle section you’re writing is completely uninspired and it’s going to be cut later?

NaNoWriMo is great for doing a big writing experiment for a month, but on some days throughout the journey it may be better to work smarter rather than harder.

Take a moment for your ideas to brew and leaf through some of your favourite books. Make some notes. Figure out how your favourite writers hold your attention in the crucial middle section of their books.

Could your novel’s midsection benefit from a trim?

Speaking of ‘cutting later’, you might want to consider the structure of your novel. Is this novel the first of a series? If so, you may want to spend more time introducing the characters and world-building and the middle section is less important.

You’ll want to spend more time creating characters that the reader really connects with and then writing a killer cliffhanger that will leave them begging for the sequel.

Middle sections that go on and on don’t necessarily spell an unsuccessful novel. I can think of several successful novels for which the midsections could have been halved.

But, for a NaNoWriMo novel, you also need to consider time constraints. Don’t underestimate the time you need to end your novel properly - this will require a lot of consideration and decision-making and you won’t want the end of your novel to appear rushed, even though you are rushing it.

This is, of course, assuming you haven’t written the ending first.

How do I stay motivated in the middle of NaNoWriMo?

Finally, so much of NaNoWriMo comes down to motivation. By using ApolloPad you can set a realistic word-count writing goal and the tool will tell you if you’re on track on your dashboard. Making the editor fullscreen will also allow for a distraction-free writing experience.

You should also be kind to yourself this month - many of you are taking part in NaNoWriMo alongside a full-time job and even if you’re not, it’s a heavy workload to take on every day. Make sure you’re giving yourself rewards for your hard work.

Whether it’s a bit of chocolate or a catch-up on your progress over coffee with your pal, your brain, eyes and body need to take breaks.

The NaNoWriMo and #amwriting community on Twitter will also be sure to keep you motivated. Discuss any pitfalls or progress with other writers to ensure this solid month of writing doesn’t become an isolating experience.

And don’t read too many blogs like this - ours is useful and concise, but reading too many will lead you down a rabbit hole of procrastination!

Good luck, and if you’re using ApolloPad for NaNoWriMo, please keep us updated with your progress.