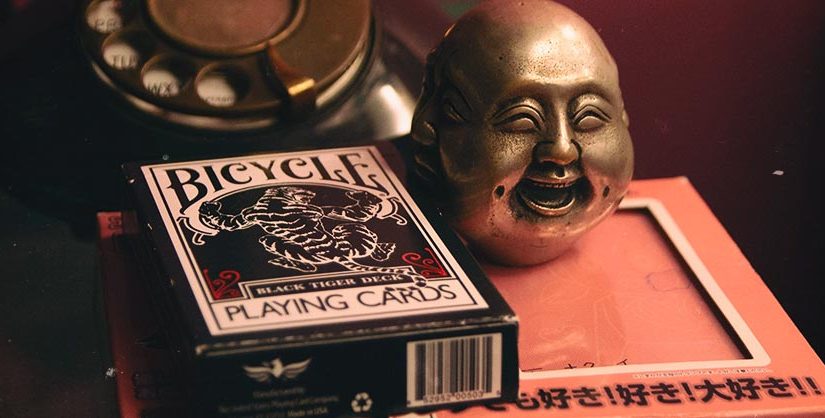 We’re excited to kick off our archetype blog series with the “trickster” archetype. But what is the trickster, and how do they play out in fiction?

What is a trickster?

Simply put, a trickster is a character in a story who navigates their way through their wit. They’re highly intelligent, crafty, and possess some kind of secret knowledge which they use to trick other characters.

They have little regard for conventions and often defy or mock accepted norms, provoking an interesting social commentary.

What are some examples of tricksters?

Tricksters in mythology and fiction come in many forms. No, really — they can be androgynous and have appeared in the form of rabbits, foxes, coyotes, Norse gods and clowns.

Here are some archetypal tricksters we know and love and the part they play in the story.

Traditionally, in Norse mythology, Loki is depicted as a god of mischief or a trickster god. He’s a shape-shifter and has appeared as both male and female, even giving birth at one point.

Depicted in the Marvel comics and movies, Loki is ranked as one of the best comic book villains of all time. He appears in several disguises, male and female, and serves as Thor’s mortal enemy.

He fits the archetypal mold of having extreme intelligence. He also has the boundary-crossing characteristics that are often found in tricksters. Loki has both heroic and villainous moments in the stories he appears in, allowing him to defy the duality of good and evil.

In this way, the trickster archetype has things in common with the anti-hero archetype.

By embodying these transgressive characteristics, Loki can challenge and even mock long-held belief systems and assumed truths.

Many tricksters in fiction are portrayed as jesters or clowns — DC’s The Joker is no exception.

The Joker serves as the antithesis to Batman. Whereas Batman wants to restore order to the grim, chaotic Gotham City, The Joker mocks authority and moral codes.

Typical of the trickster archetype, his abilities rely on his intelligence and cunning.

Even his origin story is elusive and variable — in Alan Moore’s The Killing Joke, The Joker says he likes his past to be “multiple choice”. We as the reader and audience never get a comfortably reliable backstory to why he is the way he is.

Along with Batman, the characterization of the lovable Clown Prince has changed with culture. His enduring quality, though, is that as a trickster archetype he endures as a challenge for the hero.

The Joker is an illustration of what a fascinating character exploration the trickster archetype can provide — not only of the trickster himself but also of the archetypal hero of the story.

Much like The Joker, the Cheshire Cat is instantly recognizable by his wide grin.

In Alice’s Adventure’s in Wonderland, every character provides a valuable lesson for Alice in this transformative journey.

The Cheshire Cat manipulates or helps Alice according to his whims. He also helps Alice to understand a chaotic universe by telling her everyone there is “mad”, so the only way to get through Wonderland is to think in irrational terms.

In this way, he disregards traditional logic and embraces an absurdist landscape, in the true trickster fashion.

The Cheshire Cat is a good example of tricksters not always being villains — ultimately, he does more good than harm to Alice.

He may be mischevious, but ultimately he teaches important lessons to Alice and us readers.

How can the trickster archetype help my writing?

Even if you don’t want to include a cackling supervillain in your piece, knowing what the trickster’s all about can still help you.

The big takeaway from this is that the trickster is not only an important archetype in itself but can also shed light on the characters and world around the trickster.

You can bring inspiration from this into your own writing because it encourages you to answer questions which will develop your characters and your world.

For example, who challenges your protagonist? What are the absurd aspects of the world you’re creating? What’s unfair about it, what doesn’t make sense?

You might know how your characters might describe themselves. But, how would other people describe them? Who dislikes your protagonist and why?

Sometimes the only thing to help you make sense of the story you’re writing is to ask these questions. In the words of The Joker, “introduce a little anarchy”.